With the finest gaming phones we’ve chosen below, you can take your mobile gaming to the next level. These are the handsets you should consider first, whether you want game-specific features or just a lot of computational power.

More than a powerful chipset, there are a few other features to look for when purchasing a gaming phone. A brilliant display, a fast refresh rate display, a long battery life, or even unique features like trigger buttons or a fan for extra cooling are all things you’ll desire.

We went exploring for phones that had some or all of these features, and we came across some fantastic options to include in this article.

Companies like Razer and Asus, both of which are likely familiar to gamers, have given their experience in the sector to create purpose-built, gaming-focused devices. However, with their class-leading hardware, recent flagships from Samsung, OnePlus, and even Apple are ideal for demanding games.

Speaking of Apple, the iPhone 13 series has astonished us all by outperforming specialist gaming phones in terms of gaming performance. Apple’s continued superiority in terms of chipset power, as well as the new 120Hz adaptive refresh rate screens on the two Pro models, are the main reasons for this. When it comes to previous iPhones, this was the missing piece of the equation, thus the iPhone 13 Pro Max now takes the top spot. 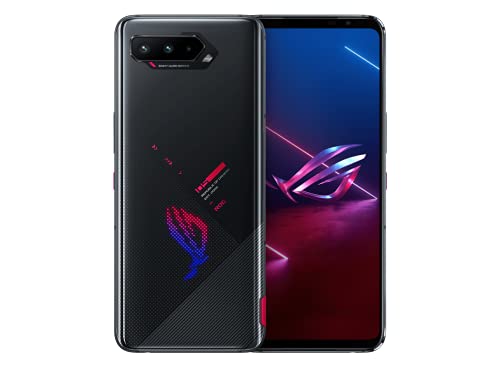 Hands down, the Asus ROG Phone 5 is the ultimate gaming phone. With a hefty, gamer-esque appearance, it may not appeal to a broad audience, but that is not the goal here.

The emphasis here is on gaming, and Asus has pushed things to the next level with a 144Hz AMOLED screen, two 3,000mAh batteries, the top-tier Snapdragon 888, and up to an eye-watering 16GB of RAM. It can handle almost any game available on Android right now, with enough power left over to keep the phone running for a long period – all at a lower price than big-name flagships.

The gaming experience is further enhanced by haptic triggers built directly into the side of the ROG Phone 5, and if you want to go even further, the plethora of official accessories – including Nintendo Switch-esque Kunai 5 controllers and the fan-powered AeroActive Cooler 5 cooling system – should be right up your alley.

Even though they aren’t related to gaming, the cameras are great, which is unusual for a gaming phone. We can only truly complain about the size and weight, which are 10.3mm thick and 238g, but that isn’t that relevant in the gaming industry. 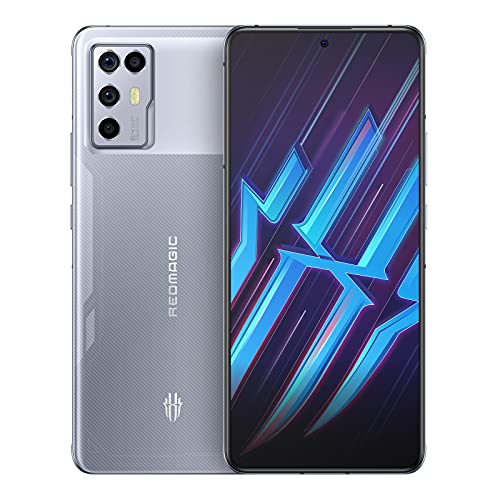 Featuring the Red Magic 6, Nubia has once again produced an exceptional gaming phone, with a quick 6.8in 165Hz OLED panel and 400Hz touch sample rate that outperforms even Asus’ premium ROG Phone 5. Though you won’t notice much of a difference in real-world performance, it will certainly satisfy gamers’ desire for the finest of the best.

This is combined with the top-tier Snapdragon 888+ processor, 12- or 16GB of RAM, and 256GB of storage, as well as a built-in fan system to keep things cool during extended gaming sessions.

There are also side-mounted shoulder triggers, enhanced haptic feedback, and the ability to control performance on a per-game basis, all of which are presented in Red Magic’s ‘Game Space’ mode. Other aspects of the custom Android skin, on the other hand, are more difficult to acclimate to and can become unpleasant with time, especially because you can’t change the launcher.

The rear-facing triple camera configuration hasn’t changed since the Red Magic 6, which was the same as the Red Magic 5S, and it’s starting to show its age in everyday usage, but it’ll suffice for those who aren’t too concerned about mobile photography.

Aside from the cameras, if you’re looking for the best gaming-focused display on a smartphone (and don’t already possess the Red Magic 6), the Red Magic 6S will not disappoint.

Though the ZTE Axon 30 Ultra doesn’t appear to be a gaming phone – in fact, at 8mm thick and 188g, it’s light in comparison to the ROG Phone 5, for example – the slimline flagship has a surprise or two up its sleeve.

It’s powered by Qualcomm’s top-tier Snapdragon 888 processor, with either 8GB or 12GB of LPDDR5 RAM and up to 256GB of storage, and it can compete in our benchmarks with specialist gaming phones like the Red Magic 6. There’s also a 6.67in AMOLED display with a buttery-smooth 144Hz refresh rate and 300Hz touch sampling rate for a snappy gaming experience.

Aside from gaming skills, it includes all the bells and whistles you’d expect, such as 65W fast charging and a quad-camera array made of three 64Mp cameras and a telescopic lens, all at a significantly lower price than competing flagships from Samsung and OnePlus. What’s not to appreciate about that? 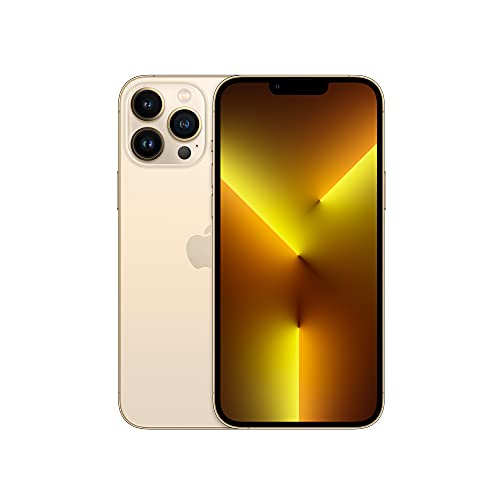 When it comes to iOS gaming, the 6.7in iPhone 13 Pro Max is unrivaled. Apple’s 5nm A15 Bionic chipset is one of the most powerful on the market right now, and it can handle almost everything you throw at it without stuttering or lag – and our benchmarks back that up.

Importantly, the iPhone 13 Pro Max has a stunning Super Retina XDR display, which makes games on the iPhone appear fantastic, whether they’re free-to-play or the latest Apple Arcade exclusives.

It’s also one of the first iPhones to use a variable 120Hz refresh rate, providing the buttery-smooth refresh rate – and improved response time – that makes Android rivals so powerful.

There’s also up to 1TB of storage available, allowing you to carry a complete library of mobile games in your pocket, and the battery life is the best of any iPhone to date, allowing for longer play sessions. 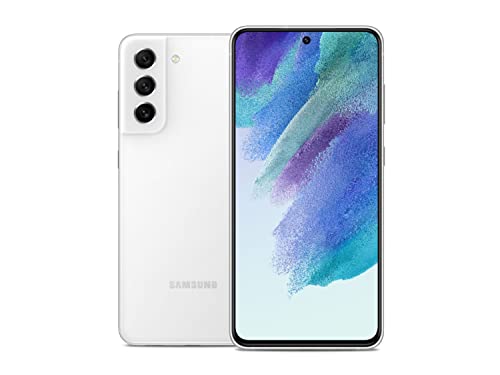 Samsung’s premium Galaxy S21 Ultra is an incredible flagship as well as one of the most well-rounded – and pricey – phones on the market right now, making it an excellent gaming phone as well.

For seamless gameplay, you get a 20:9 6.8in display with WQHD+ resolution, HDR10+ graphics, and an adaptive 120Hz refresh rate. With the ultra-powerful Exynos 2100 processor, performance is excellent, making it an excellent choice for enjoying movies and gaming. There’s also 5G onboard, and 25W rapid charging means you can recharge 56 percent of the phone’s 5,000mAh battery in half an hour.

It also has a 108Mp primary camera and other high-end camera gear, so it doesn’t scrimp on photography like some of the gaming-focused phones on our list. Other gaming phones, on the other hand, are only concerned with the

While most gaming phones are purely focused on gaming, the Samsung S21 Ultra is an excellent all-arounder.

The Red Magic 6R is one of the most affordable gaming smartphones on the market right now, but that doesn’t mean it’s lacking in features or performance.

The Red Magic 6 has a 6.67-inch AMOLED display, which is significantly smaller than the flagship Red Magic 6. It has the same 1080 x 2400 resolution and 400Hz touch sampling rate. The 144Hz refresh rate is slightly slower, but it’s still in gamer territory, and the difference is insignificant in real-world use.

Under the display lies the powerful Snapdragon 888, which comes with 6GB, 8GB, or 12GB of RAM depending on the model. In terms of performance, it can compete with flagship gaming phones, but the lack of an active fan cooling mechanism means it gets heated much faster than pricier options.

The one significant letdown is the battery life, with a 4200mAh battery only capable of providing all-day usage provided the refresh rate is reduced from 144Hz to 90Hz.

Nonetheless, if you can get over the battery life difficulties, the Red Magic 6R provides a premium mobile gaming experience at a reasonable price. 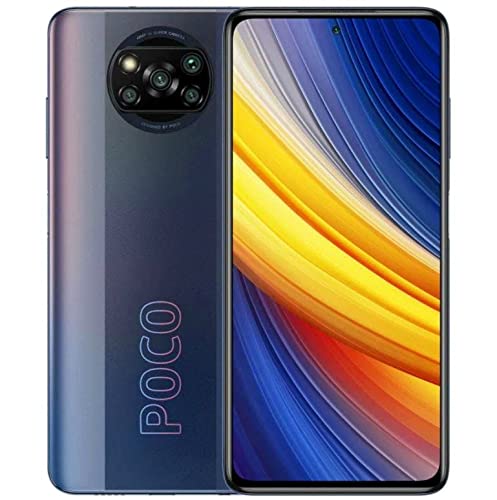 Xiaomi’s Poco X3 Pro isn’t a dedicated gaming phone, but it builds on the success of the popular Poco X3 NFC to give a rapid performance at a low price.

The inclusion of the Snapdragon 860 is the main highlight, which is an astounding effort given the X3 Pro’s low price. This is paired with 6- or 8GB of RAM and up to 256GB of storage, and the 6.67in LCD panel has a 120Hz refresh rate and a 240Hz touch response rate.

The massive 5160mAh battery is more than enough to power you through a few intense gaming sessions, and while the 33W wired charging isn’t the fastest available, it’s still rather fast.

When it comes to graphics performance, we rely on synthetic benchmarks such as Geekbench 5 and GFXBench. We can compare performance between iPhones and Android devices using these tests. We also time a real-world video transcoding test on each phone using the Adobe Premiere Rush software.

We do a web browsing test over 5G or 4G with a screen brightness of 150 nits till the battery dies. A phone that lasts 10 hours or more is considered good in general, and anything that lasts more than 11 hours makes our list of the best phone battery life. 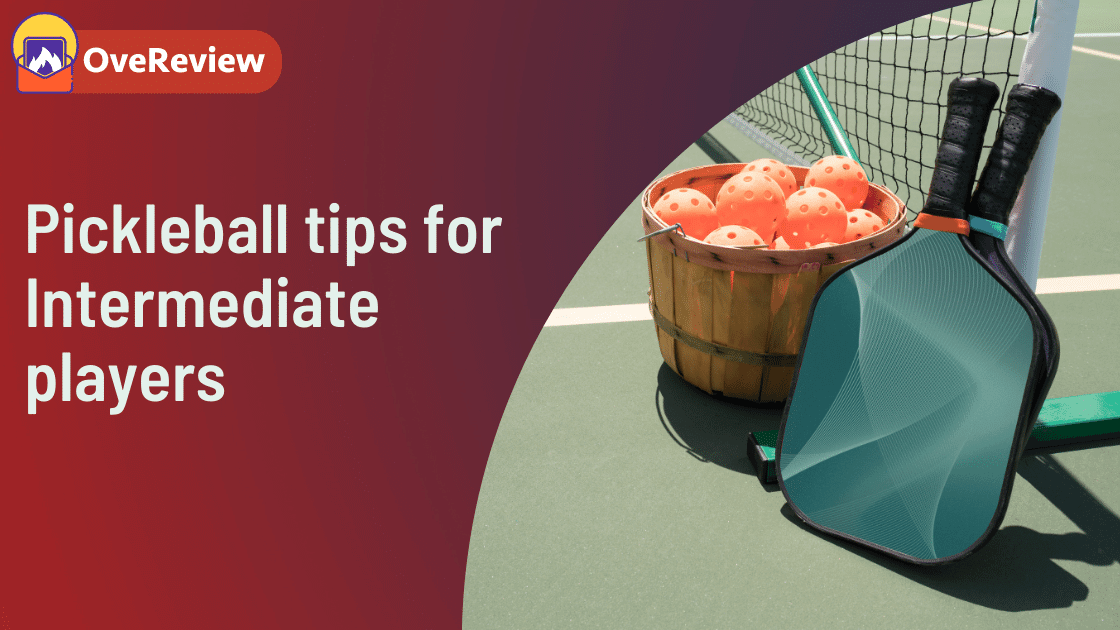 Read More
Pickleball players in the intermediate level don’t have to guess. They can analyze and execute the shots required…
RReviews 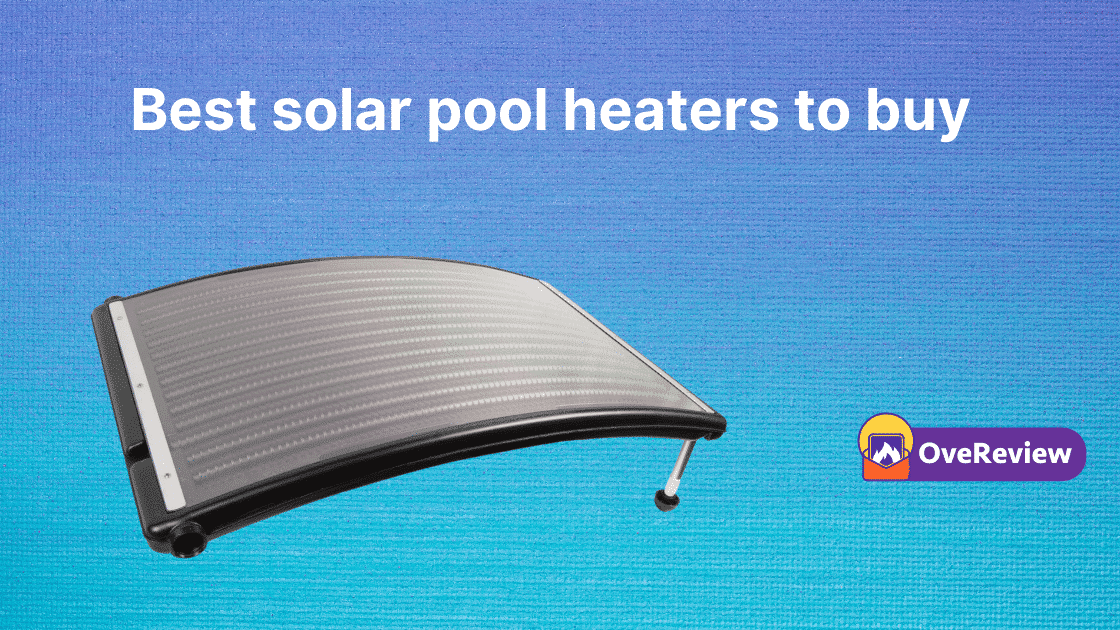 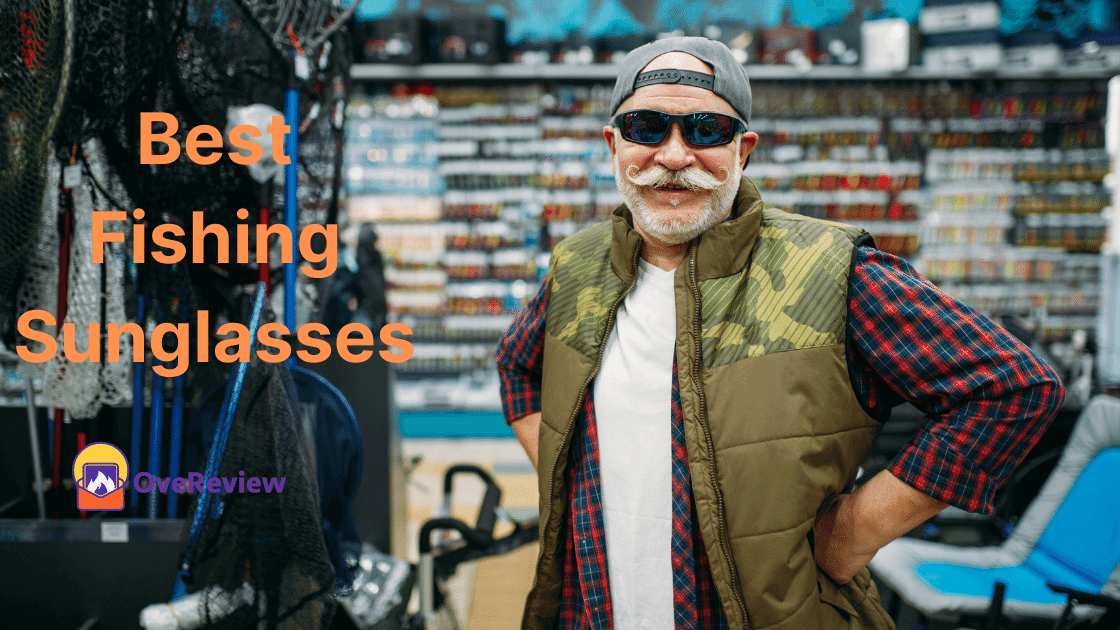 Read More
If you love fishing, you must be familiar with the hardships it comes with, and having a clear…
BBlack Friday Deals 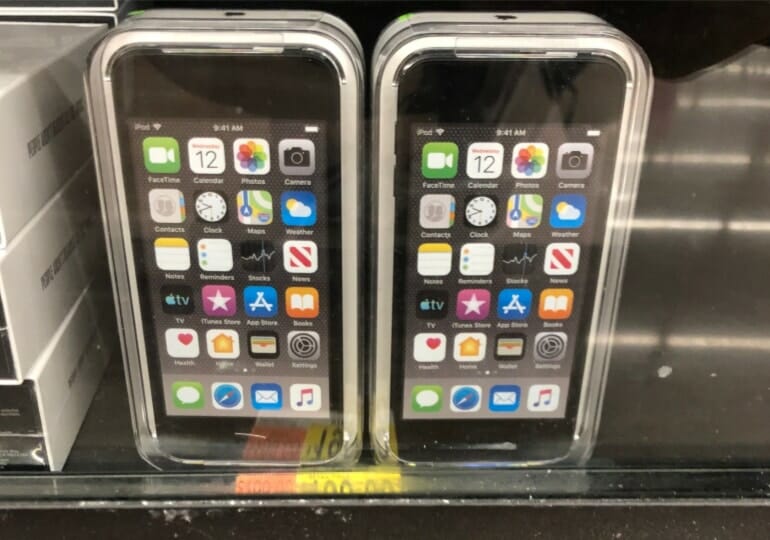 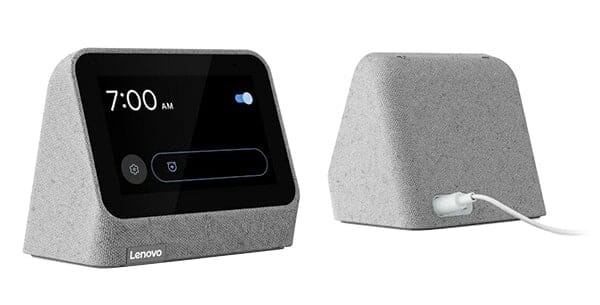 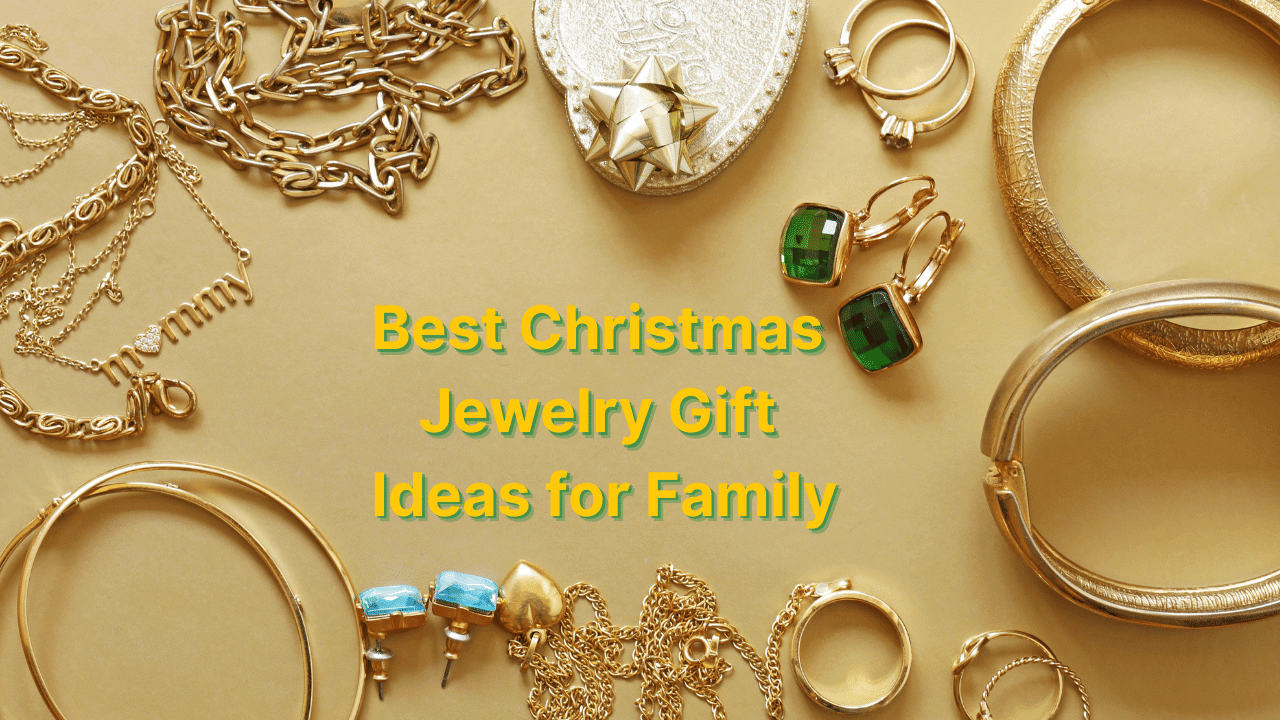 Read More
Looking for the perfect gifts for someone special? Want to shop for Christmas? Do you have any Christmas…